The first event of the New Year for the Master was to take her two grand-daughters to the Lord Mayor and Lady Mayoress’s Children’s Fancy Dress Party at the Mansion House.   In order to qualify for an invitation, children have to be either the sons and daughters or grandsons and granddaughters of a Master or Prime Warden, aged between 6 and 9 years, and must wear either fancy or national dress. 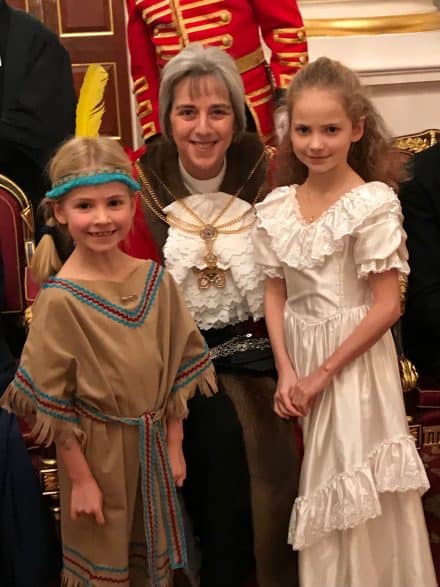 The rules are strict but this Master was lucky in that she has granddaughters Misty Berry (8) and Myla Berry (6). Former Clerk John Allen commented that he could not ever remember a Master Gunmaker having family of the right age to be able to go.  However, the Master herself attended as a child and never forgot it.  Nor probably will Misty and Myla for it is a party on a level unlike any other. 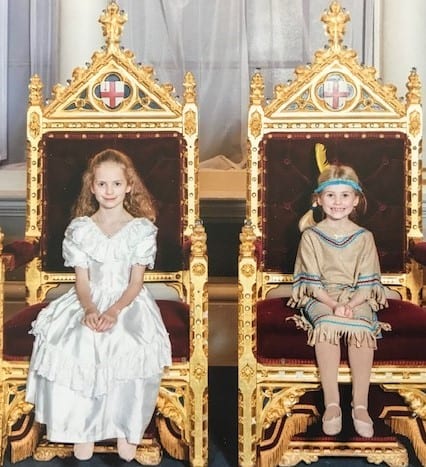 The Master’s granddaughters in 2019

For one thing, the shape of the afternoon has hardly changed – first a formal presentation of each child (without parent) to the Lord Mayor and Lady Mayoress who are attended by the Sheriffs and the Honorary Artillery Company, quite daunting. Then there is a different entertainer in each room (the Science one was particularly popular), three servings of a vast ‘nursery tea’, being photographed on the Lord Mayoral state chairs, ice cream and lemonade on tap, plus music and a grand finale of the hokey-cokey and conga all through the Mansion House.

The Egyptian Hall looked spectacular with a huge net of coloured balloons hung from the ceiling, later to descend on the children to take home with a generous goodie bag.  Very grateful thanks to the Lord Mayor and Lady Mayoress, Peter and Wendy Estlin, who made a point of talking to every single child (some 300?)

Worshipful Company of Gunmakers - Service of Thanksgiving and Nomination Dinner 2018

Gunmakers bring the sound of gunfire to Guildhall Yard, 5 March 2019