On 25th September apprentice Jamie Holland of gunmakers John Rigby and Company successfully reached the standard required to be awarded the Worshipful Company of Gunmakers’ Certification for excellence. Jamie convinced the panel, comprising distinguished working and former working Gunmakers from the Court and Livery, of his skills in magazine and actioning, final finishing, fitting of sights, in-setting and polishing, and in raising the grain on a stock.

Jamie also brought to the panel a number of impressive targets demonstrating his outstanding prowess at regulating and sighting rifles. Over the last year he has regulated some 250 rifles for the firm. His work was expertly mentored by Olivier Leclerq at Rigby’s and overseen by the proprietor Marc Newton who commented how delighted he was at Jamie’s achievement and that he made up a key part of their workforce and with his excellent manner was a great contribution with both customers and to their team and other departments.

The Master, Mrs Diana Berry , then congratulated Jamie and presented him with his certificate.

Jamie was afterwards taken by the chairman of the Certification Panel, Steward Colonel Simon West, to the Gunmakers in Clerkenwell where he celebrated with his mother, other panel members and friends. 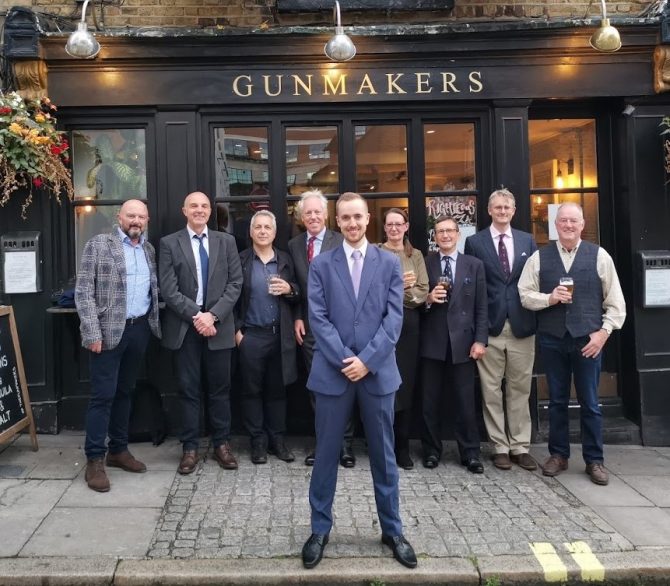 The inspiration for the Lady Gunmakers’ scarf